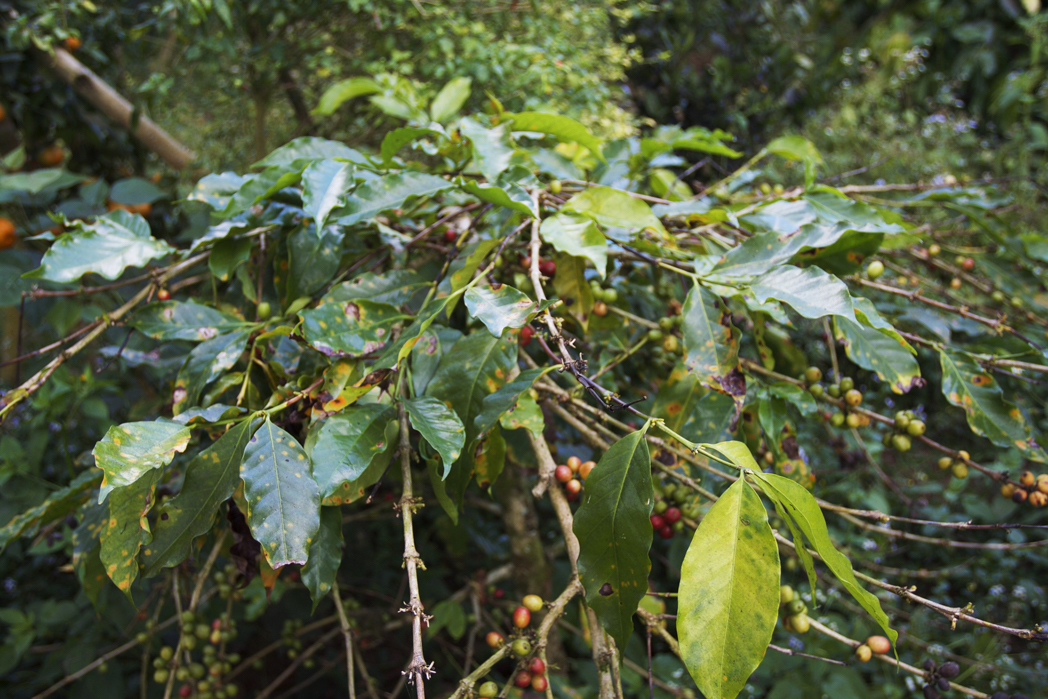 The troubling findings come from Cenicafé, the Colombian national coffee research institution of the Colombian Coffee Growers Federation (FNC). The group says it has identified six new races (a.k.a. subspecies) of leaf rust in the country, plus nine new variants of the destructive fungus.

The FNC estimates that approximately 84% of the planted coffee area in Colombia already comprises disease-resistant coffee varieties, although the group is reminding growers that resistance is not the same as immunity.

“The Hemileia vastatrix fungus that causes rust, like any other living microorganism in adverse and diverse environments, can change and mutate in both susceptible and resistant varieties of coffee, its only host,” Carlos Ariel Ángel, researcher at Cenicafé’s Phytopathology Discipline, said in an announcement by the FNC yesterday. “This selection and reaction pressure is a normal dynamic biological process of the fungus, trying to adapt to survive. Hence, just over 50 races have been identified in the world and variants continue to be identified in different countries.”

Given the prevalence of new races and variants, the FNC is encouraging growers to plant anew or replant with proven disease-resistant varieties, such Castillo, Cenicafé 1, Castillo zonales or Tabi — all of which, not coincidentally, have been developed and disseminated at different times by the FNC and Cenicafé.

The group is characterizing disease-resistant variety selection as a front-line defense for preventing the further spread of leaf rust — ahead of the application of fungicides — which has taken a devastating toll on crops throughout Colombia and virtually all of Latin America since the 2012 leaf rust pandemic began.

If left unabated, the disease wipes out approximately 30% to 80% of coffee crops, according to FNC estimates.

Coffee leaf rust has been discovered in most coffee-producing countries for at least 150 years. Despite great strides in research and variety adaptation made over the past decade, the fungus continues to rear its ugly head, providing a direct threat to farmer livelihoods and arabica coffee supplies.

Leaf rust was recently discovered for the first time in Hawaii.