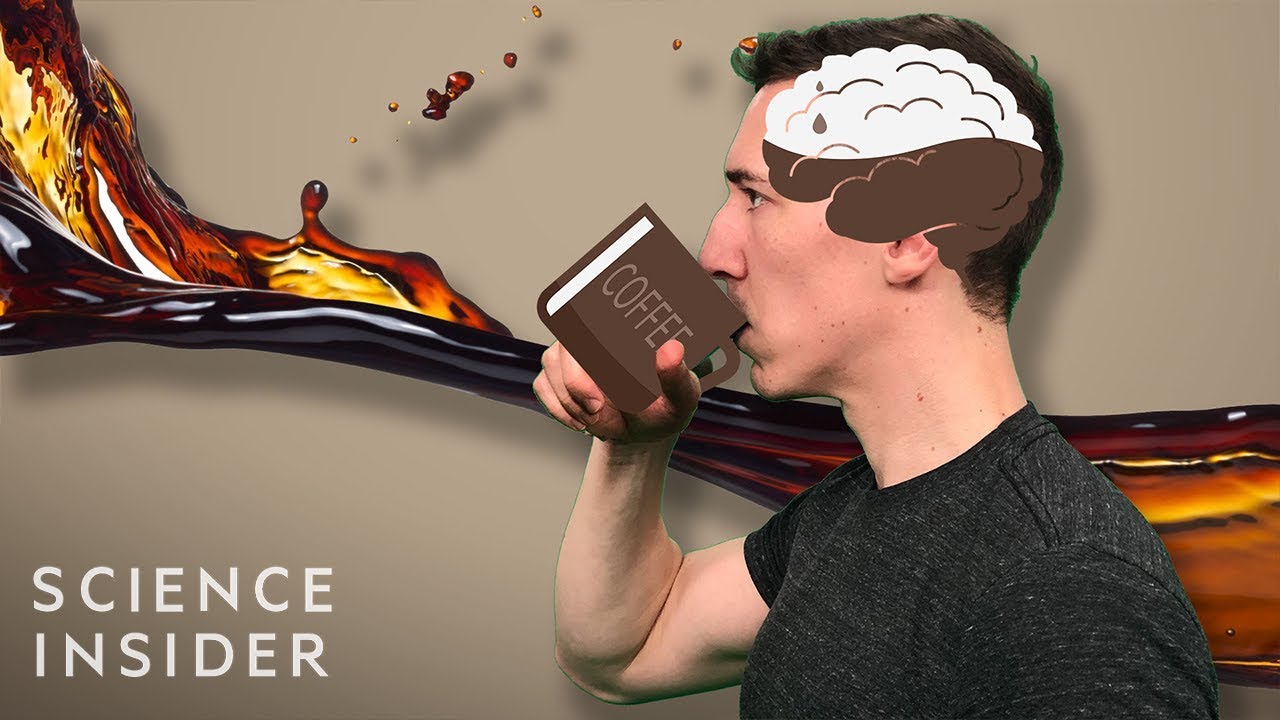 Following is a transcript of the video:

Benji: This is me and I love coffee. The intoxicating nutty aroma. The rich chocolatey taste.

Some days I drink three cups like the average American I am. Other days, I drink more like five or six. But is that too much? First the good news. It’s almost impossible to overdose on coffee.

There is a lethal dose of caffeine but it’s somewhere around 10 grams and the average cup of Joe has around 100 milligrams. You’d likely have to drink 100 cups in rapid succession to OD. But that’s not to say there’s no such thing as too much. The FDA recommends no more than four to five cups a day for the average healthy adult. More than that and you might start to experience some nasty side effects.

Most people take in coffee to increase their focus and concentration, but once you take in too much, you start to lose that focus. People start getting more agitated, irritable.

Benji: That’s thanks to the hormone, adrenaline. When caffeine hits your system it stimulates your adrenal glands which release the hormone into your body. It makes you feel energetic and alert. Perfect for a fight or flight situation. But too much can be a bad thing. Especially if you suffer from anxiety.

Dr. Albert Ahn: But with anxiety you also wanna be careful not to overstimulate or trigger any sort of panic attacks and make anxiety worse, which certainly too much caffeine can do.

Benji: Adrenaline from caffeine can also increase your heart rate. That’s why doctors also recommend against drinking coffee if your heart sometimes beats irregularly. But the risk is really only for bonafide coffee junkies. According to at least two observational studies you have to drink at least nine cups of coffee a day to put yourself at risk of arrhythmia. And finally, there’s the question of sleep. Coffee’s enemy.

Caffeine launches a double threat on your slumber. It blocks the neurochemical adenosine which is what tells your brain that you’re tired. It releases a cocktail of stimulants into your brain. Adrenaline, dopamine, and glutamate. So after downing your sixth cup of coffee, you don’t just feel awake but full of energy. It will power you through that 2:30 meeting or the last class of the day. But if you overdo it, the effect won’t wear off when it’s time for bed.

In one study, researchers monitored the sleep of a dozen volunteers. Some were given a caffeine pill equivalent to about four cups of coffee and others received a placebo instead. Even when the volunteers swallowed the caffeine pills six hours before bedtime, they spent significantly less time in the light stages of sleep. And that can have detrimental effects on daytime function, the authors report.

Dr. Albert Ahn: It’s sort of just stuck in this loop where you’re not sleeping because you drink too much coffee and then you wake up in the morning and you’re not well rested and you’re drinking more coffee just to stay awake in the day.

Benji: Sound familiar? Here’s the good news. If you cut yourself off by 2:00 you typically won’t have trouble falling asleep. That’s because the half-life of caffeine is around five hours. And so most of its stimulating effects will wear off well before the lights go out. And if you also limit your consumption, well then coffee can actually offer a number of health benefits. Research shows that it can help with everything from memory, to exercise, to your relationships with your colleagues. And that’s great because for some of us, coffee is something we’ll just never give up.

MORE HEALTH SCIENCE CONTENT:
Why Stubbing Your Toe Hurts So Much

The Real Reason You Should Never Eat Raw Cookie Dough

Why It’s OK To Eat A Brown Avocado

Science Insider tells you all you need to know about science: space, medicine, biotech, physiology, and more.

What Happens To Your Body When You Drink Too Much Coffee